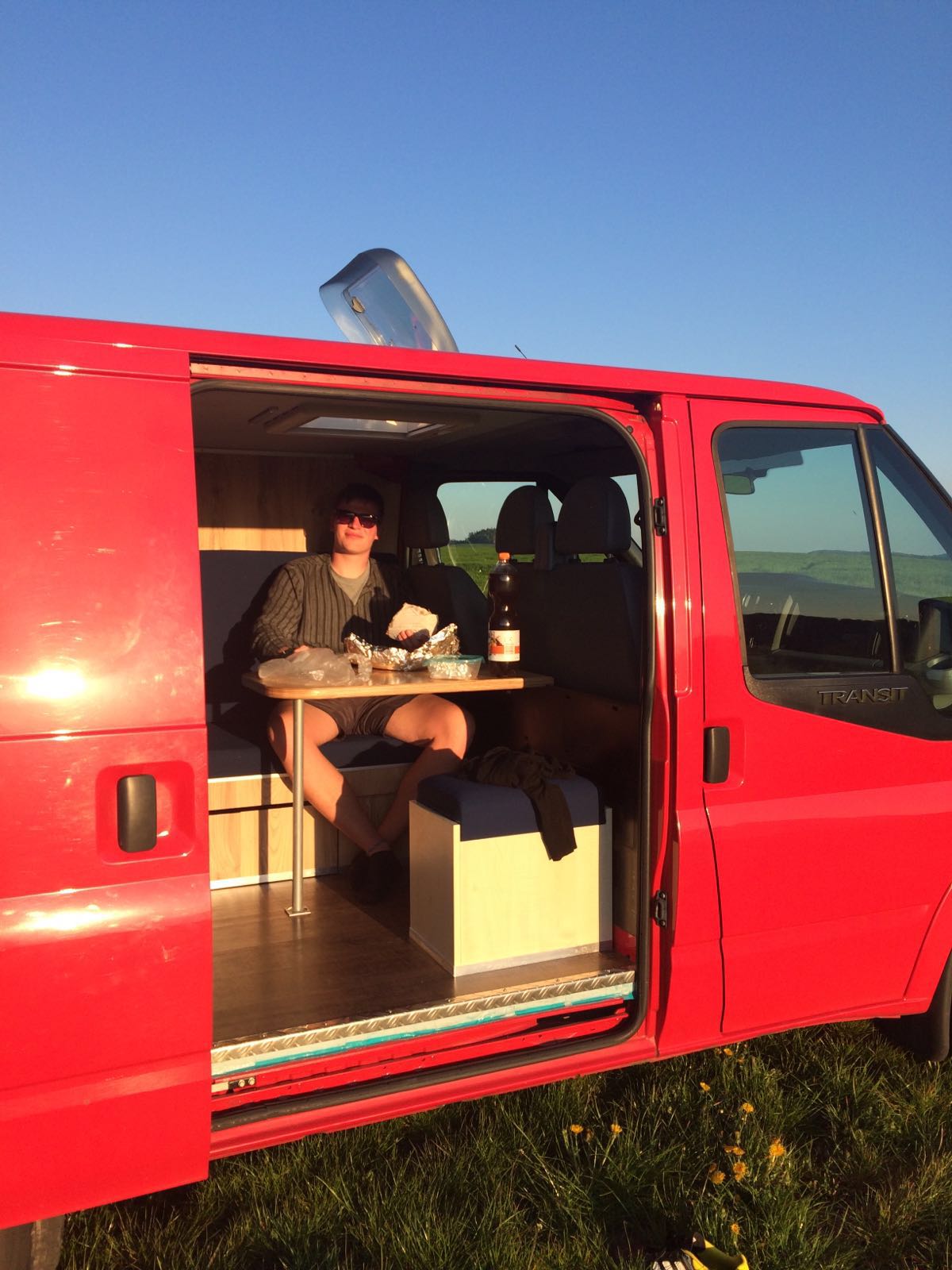 We are Joost and Anja and The Red Rocket.

The passion for vans started really early. When I was a kid my parents took me (Joost) and my sister on vacation via a Camper. We visited Denmark, Sweden and Norway. This kind of travelling was so cool to me that it started me on my own journey to getting a van. So I got my driver’s license and bought a VW T4. Only a few weeks later I ended up getting in a crash…

First of all I should say that we don’t live fulltime in her; a fourth of the year she is our home, but the other nine months we live in our flats. We recently spent one incredible month travelling through Denmark, Sweden, Finland and Norway, after which we came back to Germany for work and study. Anja studies Medicine and I study Forestry Management.

After a three month period of living in the Red

Rocket we recognized something. Although living in a van can make life seem simple, it is the small things like these that make life worth 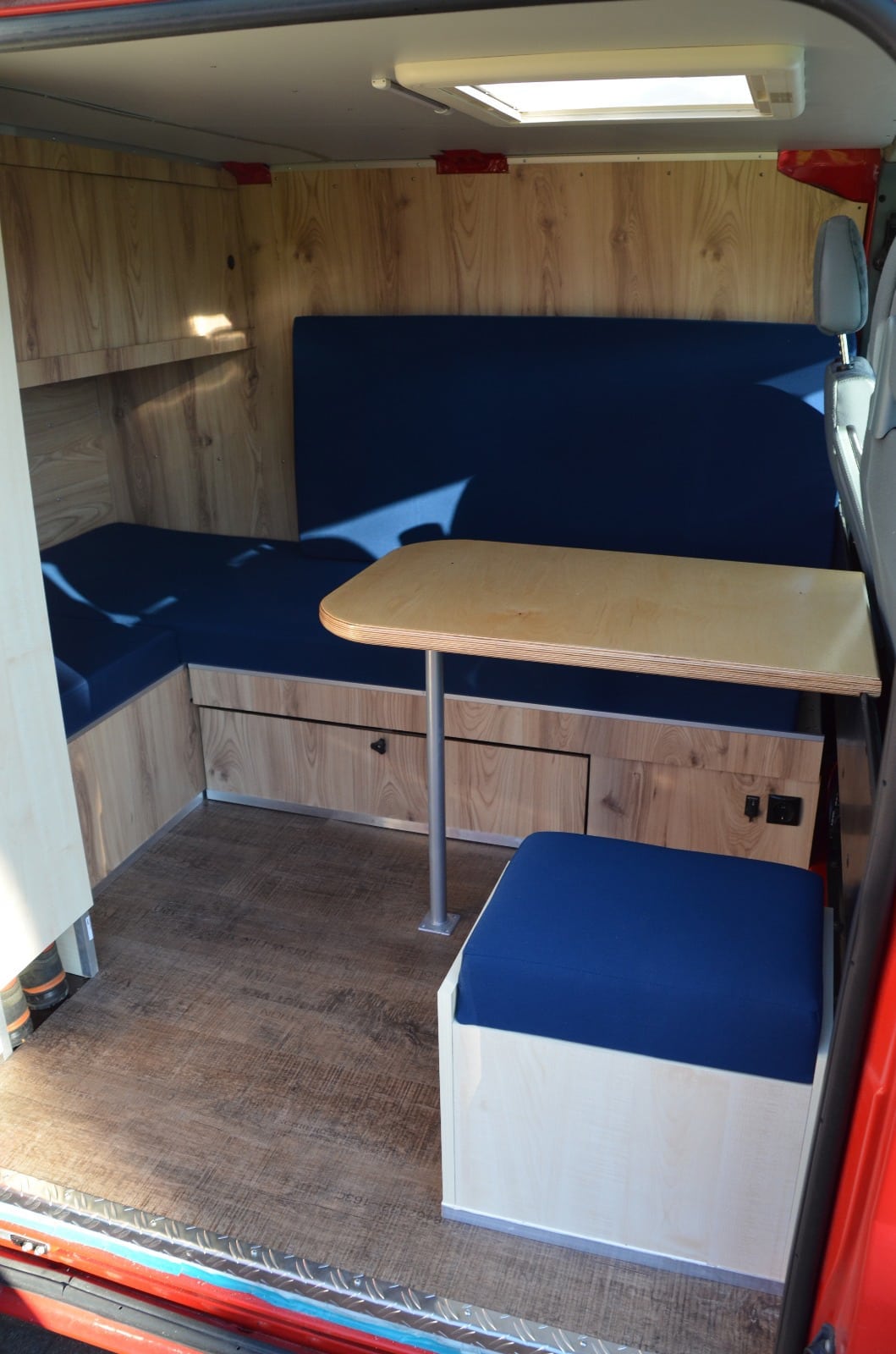 living. Of course, there are challenges to living in a van. First, because of the van’s size, I can’t stand up straight in the car. Maybe that sounds anal but when there is rainy weather and you don’t want to leave the van, you quickly find that not being able to stand up and walk around can quickly cause discomfort. Secondly, until now we don’t have an heater so if our clothes are wet or the temperatures fall below 10°C, we sacrifice the warmth that a traditional home can give. Lasty, there is bad internet in some regions in Germany. Unfortunately this often impedes on our ability to work or study. 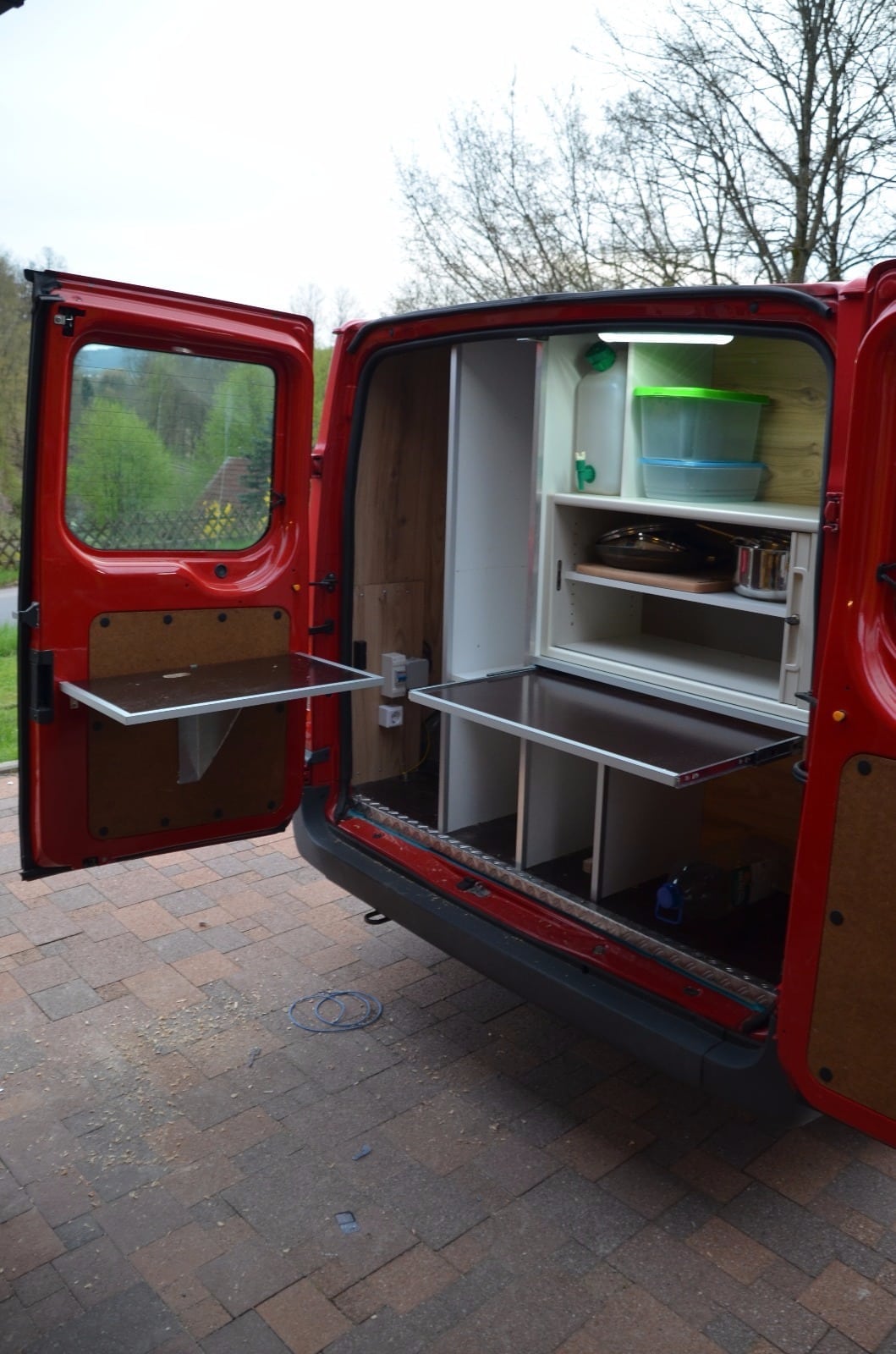 Besides those points there are a lot of positive things. We don’t build in side windows so we are basically a stealth camper and can park everywhere. Until now nobody has knocked on our door to ask us to leave. We can camp in the middle of a city or on parking lots and nobody cares. When we are on the road we usually park her so that we can look at the sunrise through the side door to start the day with something beautiful. We shut down the phones and have time for ourselves and after a weekend in the bus we come back to school relaxed and with more energy, but with the desire to make a trip again and again. In 20 days we start the next big trip to England, Scotland and Ireland, now with a diesel heater on board. Till then Anja is going to the US and I have to write two more exams and make some changes to The Red Rocket. Then it’s time to drive hard and live free!

Hope we could give you a little view into our lives living in a van in and around Germany.

Joost, Anja and The Red Rocket!